Would you like to run or walk without injury or pain?
Interested in making it easier? Decrease recovery time?
Learn the Chi technique to energize your movement.

Chi Running® and Chi Walking® techniques are based on the same principles and orientation as Yoga, Pilates, and T’ai Chi: shifting the work to core muscles and away from your legs; integrating mind and body; and focused on overall and long-term performance and well-being. Whether you’re injured, a beginner, a marathon runner, a triathlete, or someone who runs or walks to stay fit, Chi Running & Chi Walking have helped thousands improve their technique, reduce injury and achieve personal goals. 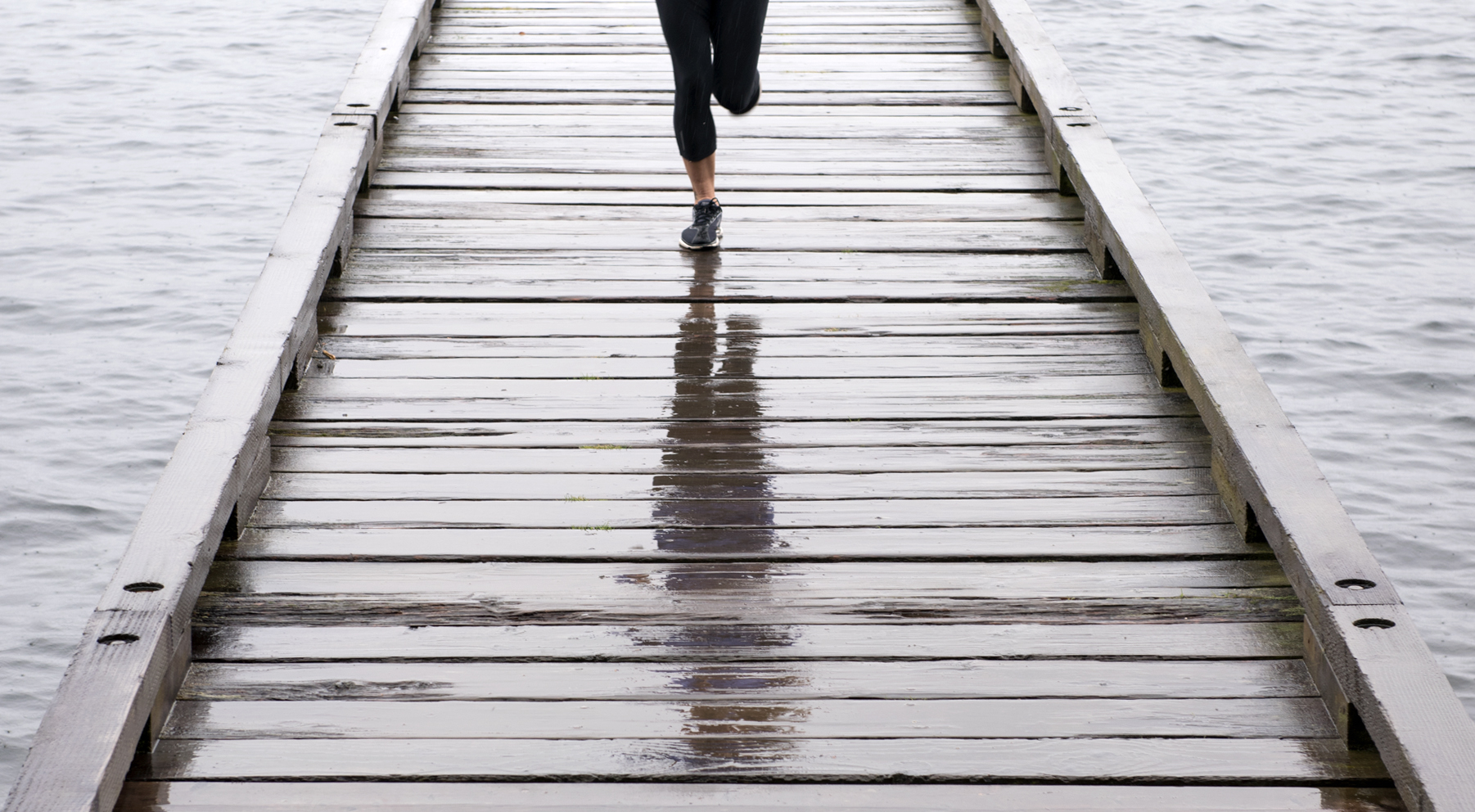 "I went to Beth's clinic expecting to improve my running form but came away with so much more. Little did I know but my sitting, standing, walking, and breathing form also had potential for improvement The added benefit I didn't expect is that focusing on my form has enabled me to become more present and less distracted in pretty much everything else I do."

$80 for subsequent one hour sessions:

Want to break up your learning and save some money? Purchase a package of private, individual sessions:

Have questions or want to set up an appointment right now?  Email me and let’s do this!

You’ve got a picture in your mind of how you run, walk and move. See it to be sure. Video evaluation is a very powerful tool to help you correlate what it “looks” like to what it “feels” like. And yet, the mere mention of video taping can cause dread to rise. There are not many people who actually delight in being taped AND it’s not that bad. A video session is a mere moment in time (not endless torture) and is hands down the best tool there is to improve running form and get to the bottom of any aches, pain or injuries.
No shower, make-up, or blown out hair required.
No matter what your movement practice, seeing the video can provide clues and help to make you more efficient and less prone to injury.

We’ll video tape you in motion – from each side, front and back. We’ll observe you running and/or walking, and then replay the video in slow and stop motion to get a good look at the basic mechanics of your movement.

Session can be done in person, or via video link.

Includes written analysis and recommendations for strategies to resolve any pain and improve your form.

***If you get a group of 6 or more people together and a venue, your registration is FREE!
Email for more information and to schedule your group.

Come learn the basic components of the ChiRunning technique and move well for life! In the span of four hours, you will be guided through many exercises and drills designed to leave you with a clear sense of what the ChiRunning technique feels like in your body. We will not be doing lots of running (contrary to what you might imagine), so no matter what condition you’re in, have no fear. We will spend time alternating between demonstrations, fun exercises, and technique drills… the nature of the day will be relaxed, full, and inspiring.

Find our more about workshops, or to purchase a workshop, go here.

Refresher Sessions and Tune Ups will allow you to deepen your practice and connect with other runners & walkers.

Chi Run or Chi Walk Refreshers: Come with questions and join us for a refresher designed to keep your practice fresh in your mind!  We will answer your questions, guide you through body looseners, and take you on a guided run. Cost is FREE.

Chi Tune Ups: Each Tune-Up session has a focus (arm swing, hills, hips & more!). We'll meet at a track or appropriate location, and deepen our chi practice together. The goal: Improve your form, with renewed body awareness, and get any questions you may have answered. These sessions are limited to 12 people and cost is $35/person.

For those of you interested in ChiRunning or Walking, check out:

The below videos are tools, tips and tricks I use in my own practice.
Please share.

Stability for mobility. In my experience many injuries occur due to a lack of stability in an important area, which results in increased mobility in other areas. It is important to be stable in order to be mobile (in a strong, sustained way).  This is true energetically, as well as physically.
In four hour long sessions we explore different focuses:
Session one: Building Awareness. How do you move through this world?
Session two: Foot/Ankle complex
Session three: HIPS!
Session four: thoracic spine, head and neck

Four areas of focus, and exploration of where you're strong, and where you can use a little bit of stability.
Investment:  $300

Beth (Sachse) Cline running bio: I began running in 1997. Partially as a stress release, and if I’m being honest, to mend a broken heart. I ran outside, to feel better inside. I had run before then, but periodically, at midnight, as a study break ~ so I don’t count that. It was in 2000 that I decided to train for, and run my first marathon. An out of shape and over-weight co-worker recommended that I start with a half, as the full is too hard. I pretty much took that as dare. Within the hour I signed up for the Seattle full (finished in 3:45). I’ve run countless shorter races and at the moment, twelve marathons (including Boston, twice) with a 3:16 best (NYC) and a couple of 50k’s. I’ve also dabbled in sprint and olympic distance triathlons but thus far, found the run to be my true love. Over the last few years, I’ve begun to run trails and ran in the Grand Canyon twice – once from the South Rim to the North, and then nine months later, from the North Rim to the South, and back. Running (and moving in general) is more than a passion. It permeates my life. It’s a direct line to my power, and my way to release stress and tension, and connect to my body. I fully intend to be that little 80-year-old woman running on the beach some day. In the mean time, I’ll continue to experiment on trails, and likely be talked into running a few more marathons ~ just for fun!

We use cookies on our website to give you the most relevant experience by remembering your preferences and repeat visits. By clicking “Accept”, you consent to the use of ALL the cookies.
.
Cookie SettingsAccept
Manage consent

This website uses cookies to improve your experience while you navigate through the website. Out of these, the cookies that are categorized as necessary are stored on your browser as they are essential for the working of basic functionalities of the website. We also use third-party cookies that help us analyze and understand how you use this website. These cookies will be stored in your browser only with your consent. You also have the option to opt-out of these cookies. But opting out of some of these cookies may affect your browsing experience.
Necessary Always Enabled
Necessary cookies are absolutely essential for the website to function properly. These cookies ensure basic functionalities and security features of the website, anonymously.
Functional
Functional cookies help to perform certain functionalities like sharing the content of the website on social media platforms, collect feedbacks, and other third-party features.
Performance
Performance cookies are used to understand and analyze the key performance indexes of the website which helps in delivering a better user experience for the visitors.
Analytics
Analytical cookies are used to understand how visitors interact with the website. These cookies help provide information on metrics the number of visitors, bounce rate, traffic source, etc.
Advertisement
Advertisement cookies are used to provide visitors with relevant ads and marketing campaigns. These cookies track visitors across websites and collect information to provide customized ads.
Others
Other uncategorized cookies are those that are being analyzed and have not been classified into a category as yet.
SAVE & ACCEPT
Powered by